Louisville, KY (May 19, 2015) – Hilco announced today that the company has been granted rights to produce candy novelties based on Universal Pictures and Illumination Entertainment’s Despicable Me global film franchise, including the upcoming prequel Minions, opening in theaters July 10, 2015. The licensing agreement was awarded by Universal Partnerships & Licensing. 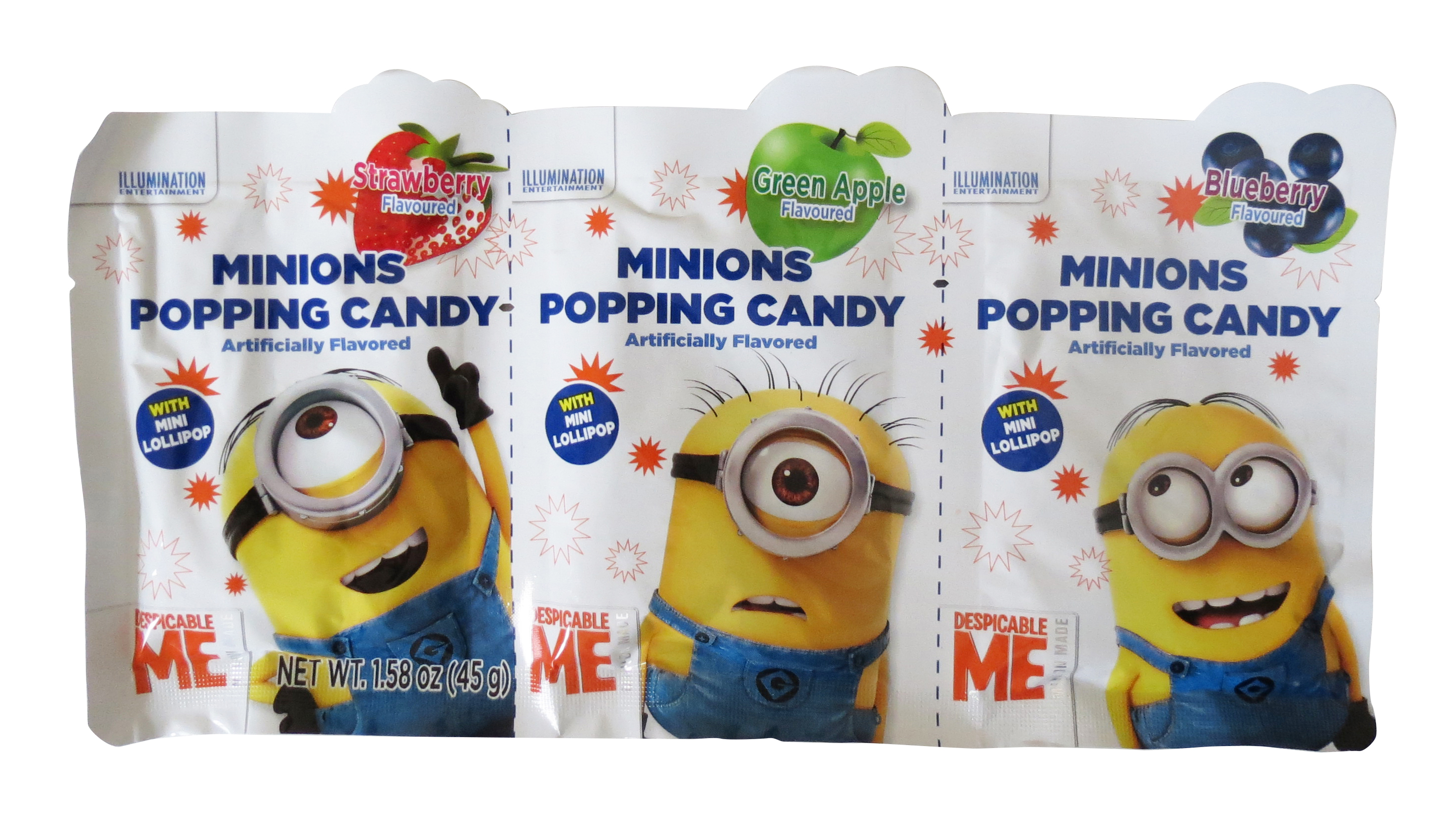 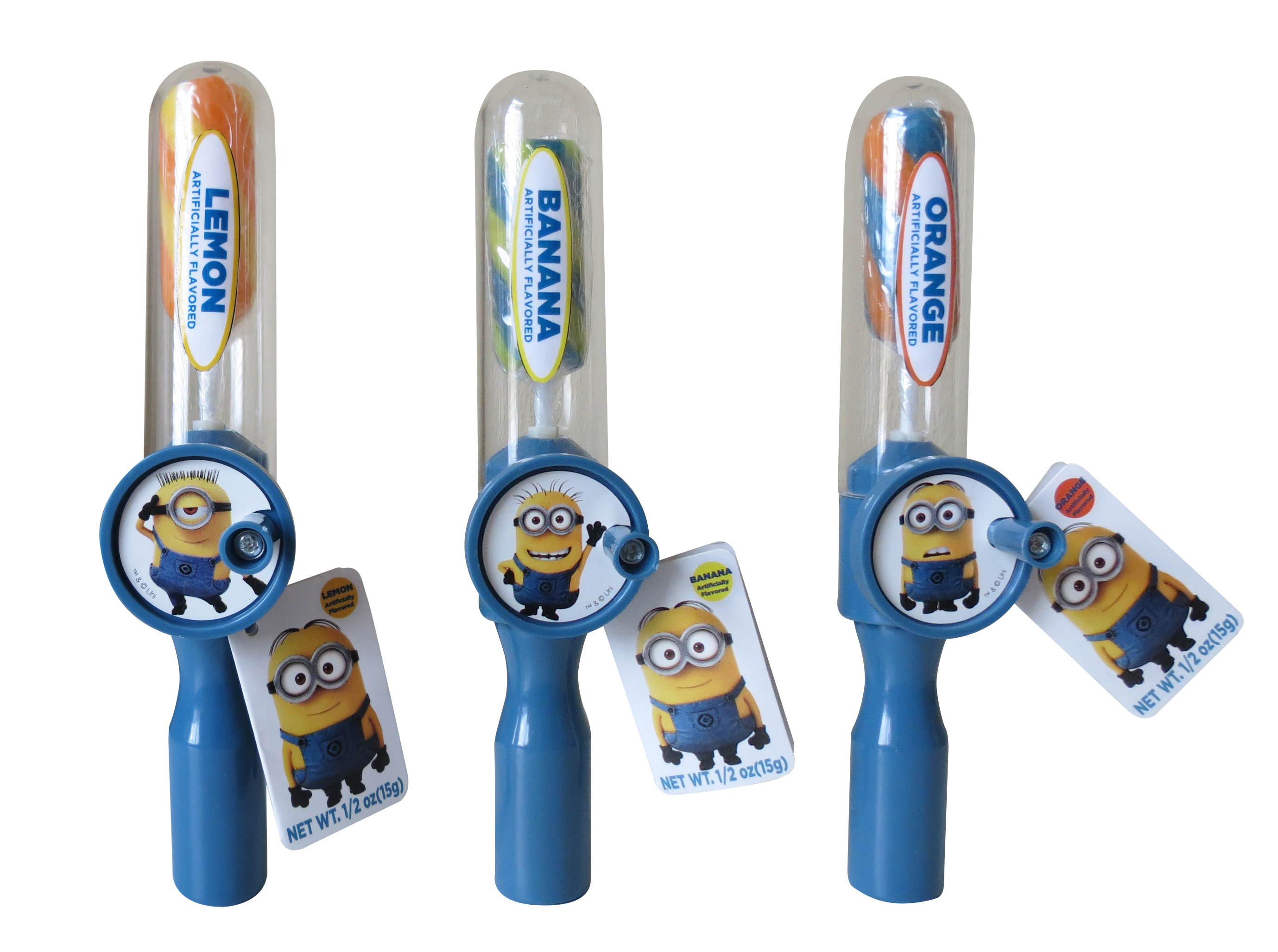 Hilco provides fun and unique toys that are affordable to every level of income. Quality candy and consumer satisfaction has always been at the top of Hilco’s priorities. The asset acquisition of Hilco by CandyRific in 2014 has allowed for continued growth and improvement in novelty candy products, as well as an expansion of licensing rights. Hilco is celebrating over 25 years of success and joy in bringing fun, affordable toy and candy novelties to the consumer.

About Minions
The story of Universal Pictures and Illumination Entertainment’s Minions begins at the dawn of time. Starting as single-celled yellow organisms, Minions evolve through the ages, perpetually serving the most despicable of masters. Continuously unsuccessful at keeping these masters—from T. rex to Napoleon—the Minions find themselves without someone to serve and fall into a deep depression.

But one Minion named Kevin has a plan, and he—alongside teenage rebel Stuart and lovable little Bob—ventures out into the world to find a new evil boss for his brethren to follow. The trio embarks upon a thrilling journey that ultimately leads them to their next potential master, Scarlet Overkill (Academy Award® winner Sandra Bullock), the world’s first-ever female super-villain. They travel from frigid Antarctica to 1960s New York City, ending in mod London, where they must face their biggest challenge to date: saving all of Minionkind...from annihilation.

Featuring a soundtrack of hit music from the ’60s that still permeates our culture today, Minions is produced by Illumination’s Chris Meledandri and Janet Healy, and is directed by Pierre Coffin and Kyle Balda. Brian Lynch has written the screenplay for the 3D-CG comedy adventure, and Chris Renaud serves as executive producer of the film. www.minionsmovie.com

About Illumination Entertainment
Illumination Entertainment, founded by Chris Meledandri in 2007, is one of the entertainment industry’s leading producers of all-audience event films. In July 2010, Illumination, which has an exclusive financing and distribution partnership with Universal Pictures, released its first film, Despicable Me, starring Steve Carell, which earned more than $540 million worldwide and launched a beloved global franchise. With the success of 2011’s Hop (over $183 million worldwide), 2012’s Dr. Seuss’ The Lorax and 2013’s juggernaut Despicable Me 2— the highest-grossing first-run film in Universal’s history and the year’s third-highest-grossing film at the worldwide box office—Illumination’s films have made almost $2 billion. Universal and Illumination’s next film Minions, starring Academy Award®-winner Sandra Bullock and Jon Hamm, written by Brian Lynch, and directed by Pierre Coffin and Chris Renaud, arrives in theaters on July 10, 2015. Fans may also experience Minion Mayhem in 3D with the Ultra-HD movie motion simulator adventure at Universal Orlando Resort and Universal Studios Hollywood.